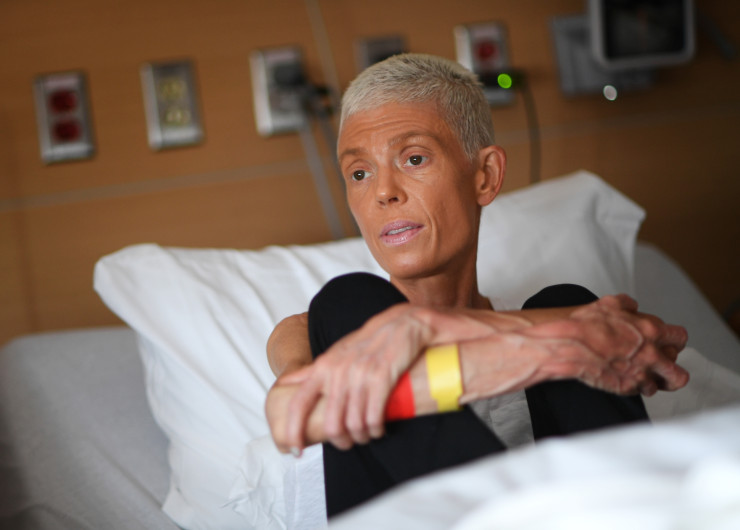 When eating disorders pushed them near death, they found hope in Denver

After collapsing in the street across from her Kansas City, Mo., home, 43-year-old Hallie Smith showed up at a hospital emergency room bleeding badly from a gash above her eye. But she heard a more dire diagnosis when the attending physician examined her gaunt physique: You’re going to die within 30 days if you don’t get help.

At that point, she was an emaciated 5-foot-7, growing weaker and missing work to the point she lost her job as an exercise instructor. People warned her she had gotten dangerously thin. She looked in the mirror and saw a fat person.

The trip to the ER provided a wake-up call to Smith, who had never been treated for anorexia nervosa, the psychiatric disorder she traces to the trauma of watching her mother, tall and beautiful, gain considerable weight after going on medication for bipolar disorder and eventually commit suicide.

When nearby eating disorder treatment centers balked at accepting Smith in such precarious condition — or voiced concerns about insurance coverage — she was pointed to Colorado for specialized medical stabilization she regards as life-saving.

She spent about three weeks occupying one of the 15 beds at the ACUTE Center for Eating Disorders at Denver Health Medical Center, the first and only facility in the country that offers medical stabilization for people with eating disorders. Like others in the unit, she aimed to transition to an inpatient or residential program that treats the psychiatric roots of her illness once the physical problems were resolved.

Anorexia, which has the highest mortality rate — up to 30 percent — among psychiatric disorders, as well as bulimia and other malnutrition-related eating disorders can trigger a unique set of life-threatening physical complications. Malnourished patients also remain at high risk from “refeeding syndrome,” which can wreak havoc on metabolism with sometimes fatal consequences once they begin eating again.

“You can be a robustly healthy schizophrenic,” says Dr. Philip Mehler, founder and executive medical director of ACUTE. “But you can’t be a severe anorexic or bulimic and not have a litany of medical complications. I was struck by the paucity of medical resources for people with eating disorders.”