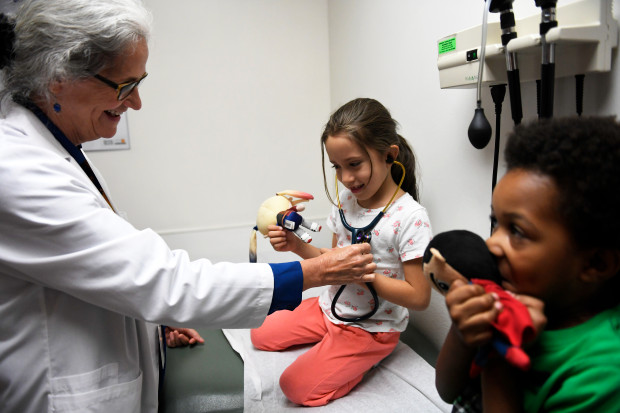 The 5-year-old had a two-hour meltdown before he came to the pediatrician, where he sat in an exam room mad-faced, arms crossed in front of his kid-sized paper gown.

The reason he was so ornery had little to do with having a checkup, and everything to do with recently moving in with foster parents.

Dr. Lora Melnicoe, who sees about 10 foster children and teens each day at the Connections for Kids Clinic, knew the boy felt powerless, like his life was out of control. So she put him in charge of some decisions: For one, did he want her to listen to his breathing and look in his ears in the room with his baby sister or behind a privacy curtain?

He chose a privacy screen, and the exam began.

The extra time it took to start the boy’s exam is standard at the foster kid clinic inside Denver Health’s Eastside Family Health Center, in Five Points northeast of downtown. Unique in Colorado, the clinic was created because medical staff who examined kids during abuse and neglect investigations were concerned that children were shuffled between doctors’ offices as they bounced through the foster-care system.