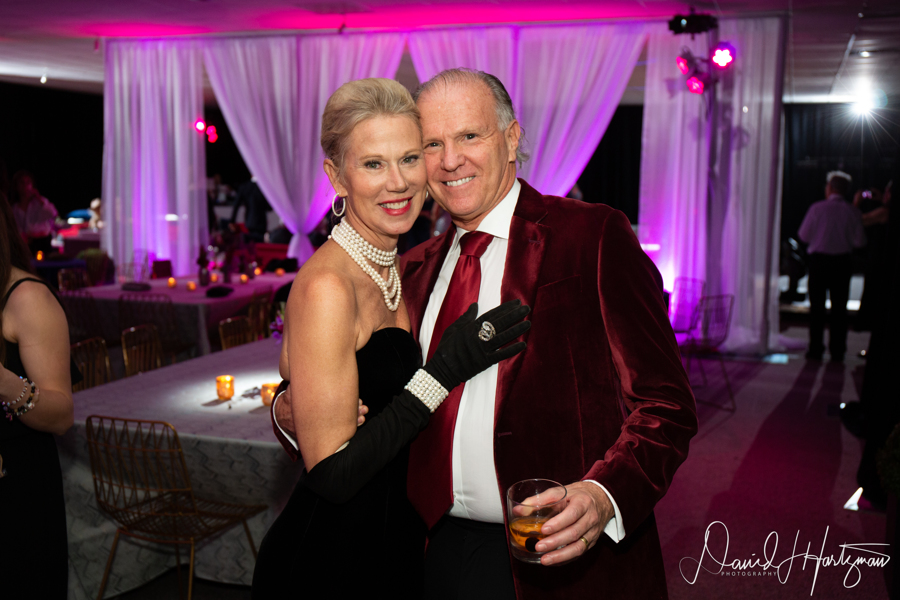 Brooke Gordon remembers reading comments like, “daydreams too much” and “drifts off all the time” on her grade school report cards. As an infant, she had “weird spells” where she passed out, and in middle school, Gordon’s arms would jerk, sending objects flying out of her hands. It wasn’t until high school when she experienced two full-blown Tonic Clonic seizures—the type of convulsive seizures most people are familiar with—that she was diagnosed with epilepsy, explaining years of frustration and confusion. It would be another 15 years before she received the right medical treatment that stopped her seizures—including lapses of consciousness, involuntary muscle movements, and convulsions.

Gordon explained that people with epilepsy are more prone to mood disorders, anxiety, depression, and suicidal ideation than the general population. And, the illness affects nearly three million Americans—or, one in 26 people—and kills more people than breast cancer.

After being nearly seizure-free for 32 years, Gordon and her husband, Tom Gordon, knew they wanted to give financially to help other people access the newest epilepsy treatments, regardless of their ability to pay.

For Brooke Gordon’s 60th birthday, her husband and their two adult daughters, Isabelle and Eloise, surprised her with the gift of helping others. Gordon’s family arranged for a $1 million gift in her honor to the Denver Health Foundation for the purpose of establishing a comprehensive epilepsy center with new medical technology. It is the largest gift from individual donors in the Foundation’s history.

“I feel so passionately about helping with the epilepsy cause because I know the struggles,” Gordon said. “For the most part, I’ve felt like I am truly one of the lucky ones. I felt like it was the best thing to do to give back—particularly at Denver Health, which serves the underserved community and provides a level of care to people who are under-insured that is equal to other hospitals. It’s the highest level of care with a great team of doctors, equipment, and care.”

The comprehensive epilepsy center opened in early 2021 inside Denver Health’s Outpatient Medical Center and will be officially named the Brooke Gordon Comprehensive Epilepsy Center at a naming ceremony this spring. The Center is accredited by the National Association of Epilepsy Centers as a level 4 epilepsy center—the highest rating—which allows the team to perform a full suite of advanced surgical options for the management of epilepsy in addition to evaluation, diagnosis, other medical interventions, and support for adult and pediatric patients.

Through the Gordon family’s generosity, the Center’s unique surgical options include the Robotic Stereotactic Assistant (ROSA)—one of only four available for epilepsy surgery in Colorado—that assists neurosurgeons with complex brain surgeries to reduce or eliminate seizures in patients with refractory epilepsy that isn’t helped through medication alone.

Denver Health Epileptologist Dr. Chad Bush explained that treatment for epilepsy has come a long way over the last 10 years. Patients with drug-resistant epilepsy used to be subjected to large operations involving “huge incisions” where part of their skull was removed to implant a subdural grid containing flat surface electrodes. With the ROSA, the exact trajectory can be planned without the use of a grid, and the electrodes can be placed through tiny incisions with much greater precision at the exact location of the brain responsible for generating the patient’s seizures. The robot helps surgeons avoid important blood vessels in the brain, and patients are typically discharged from the hospital the day after the surgery with minimal downtime.

Denver Health can offer the cutting-edge procedure to patients who are uninsured or underinsured, including Denver Health Medicaid patients, who wouldn’t otherwise be able to access this treatment. “That’s pretty huge,” Bush said.

Since acquiring the ROSA with the Gordons’ gift in 2021, the Brooke Gordon Comprehensive Epilepsy Center has performed over a dozen intercranial cases with only two epileptologists on staff, where other hospitals require nine or more to produce the same volume. The technology has helped reduce or eliminate seizures in patients who were previously having upwards of 20-60 episodes per day and often couldn’t walk, drive, work, or otherwise function independently prior to their surgery.

“We are lucky to have this piece of equipment,” said Denver Health Foundation Executive Director Linda Ford. “With this machine, the Gordons have given people the gift of life. It really is a life-giving gift.”

Brooke Gordon’s goal is not only to ensure the epilepsy community knows this help is available at Denver Health, but also to educate the broader community about the impact of epilepsy.

“There is a lot of misinformation and stigma around this chronic issue—particularly within minority and lower-income communities,” she said. “I feel it’s really important for those of us who have epilepsy to speak up. It is really kind of remarkable how that [stigma] holds on so strongly. I’ve been there, I’ve lived it, I know the struggles; it is my honor and pleasure to give back. I am and always will be a part of the epilepsy community.”