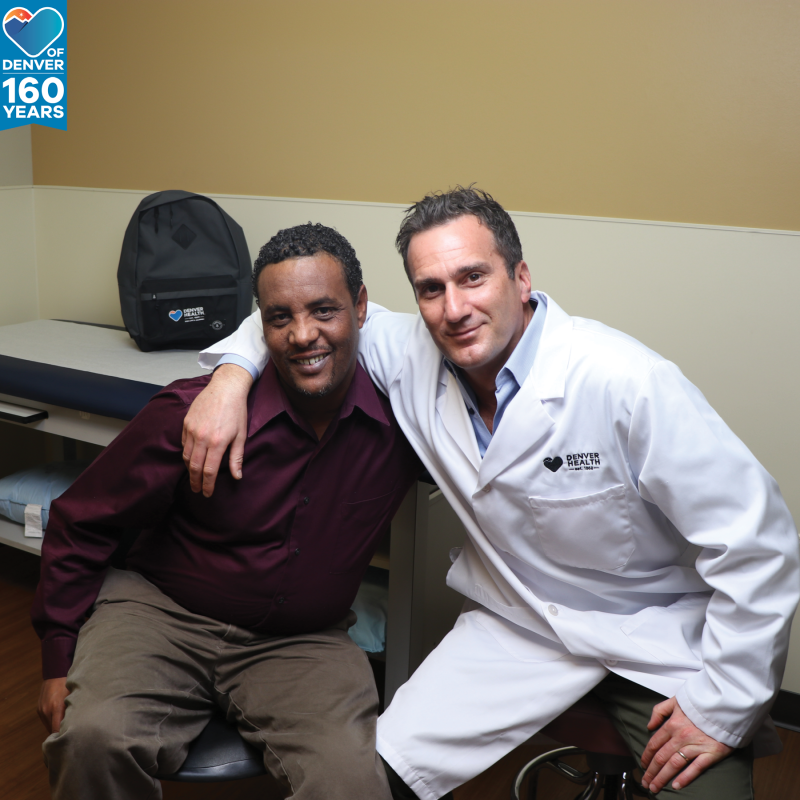 One patient’s life changed after a transformative orthopedic operation

For nearly 40 years, Kemal Hebano lived with something that became normal to him, but looked to the world like a debilitating disability. A childhood injury and improper treatment of that injury had left him with a leg that was severely bent and a bad limp when he walked. By the time he was in his 40s and living in Denver, his leg had become bent at a nearly 90 degree angle and he lived with pain every day.

Hebano had consulted with several doctors about his pain and how to correct his leg deformity. One suggested he should have it amputated. Dr. Cyril Mauffrey at Denver Health took a different and more optimistic approach.

“Kemal underwent two major surgeries,” said Dr. Mauffrey. “The first one was to correct the deformity, which essentially means breaking his bone close to the knee joint and realigning things. So we break the bone and put pieces back together, which corrected his leg and made it straight again.” Then it was on to the second surgery. Dr. Mauffrey said because Hebano’s leg had stopped growing for many years, he did a lengthening procedure. “We broke his leg in a different place, so that the bone grows to match the other side.”

Hebano returned for a follow-up visit with Dr. Mauffrey in early 2020, almost two years after his first visit. There were smiles all around.