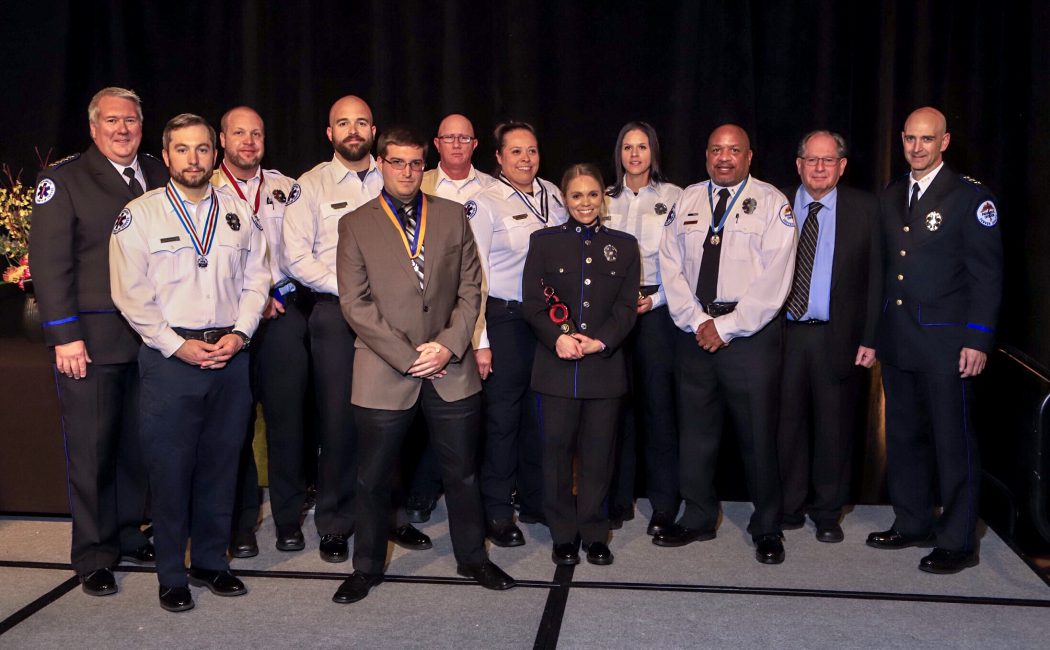 DENVER – Denver Health Paramedics held their first annual awards luncheon today. They handed out 12 awards for work saving lives and serving the community. They respond to over 112,000 calls every year, treating and transporting more than 75,000 patients a year.

The awards ceremony was hosted by the The Denver Health Foundation, with HealthOne as the presenting sponsor. They believe it is important to recognize the work that these men and women do every single day.

One of the awards went to a paramedic who actually saved his trainee back in February. Tom Ferguson was training Justin Lunsford. In between calls, they stopped for coffee. Justin said, “Out of nowhere, I felt my heart race. I thought maybe it`s an anxiety attack. I go inside to get my cup of coffee, it kept slipping though my grip, so I just grabbed it with my left hand.”

By the time he got back to the ambulance, Tom noticed something was really wrong. Tom said, “The whole side of his face was drooping down, speech was slurred, classic signs of someone having a stroke.” Justin said, “I was freaking out, I was so scared. I was thinking I had a stroke, this is the end of my career, I`m going to be weak on the right side, even worse.”

Tom called another ambulance and started caring for Justin. “He starts taking care of me, does a stroke assessment, the whole nine yards there and then off to Denver health emergent.” Tom said, “During that whole course, it’s easy to say I was calm, that my training took over and I went into auto pilot. Maybe it looked like that on the outside, but on the inside I was terrified for him.”

He was also worried about Justin's wife and their unborn baby. Justin said, “It seriously made it the best potential for me. Without him, Tom recognizing the symptoms, I wouldn`t have easily recovered to where I am today.”