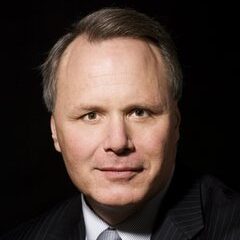 Kevin is passionate about giving back to his community and has served on numerous boards since the early 1980s. Kevin is the founder of K.P. Kauffman Company, Inc. (KPK), an independent oil and gas exploration, production and well service company.

Outside of Kevin’s work at KPK, which spans nearly the entirety of his career, he has also served in a variety of oil and gas industry board positions including the Independent Petroleum Association of Mountain States and the Colorado Oil and Gas Association. Kevin holds a B.S. in business administration and accounting and a B.S. in mechanical engineering from California State University at Northridge.

When he’s not lending his skills and expertise to the oil and gas industry, Kevin spends time in the skies as a licensed commercial pilot. Notably, he’s volunteered to pilot special missions for the Department of Homeland Security and National Disaster Medical System.